The Association of British Insurers (ABI) believes that post-Brexit improvements to the Solvency II regulatory regime for the insurance and long-term savings sector could free up billions while upholding high level protections for customers.

A new analysis commissioned by the ABI, and produced by KPMG, has been published in response to the Government’s consultation on Solvency II and makes the case for cutting ‘EU red tape’ that could boost the UK economy and support the fight against climate change.

The analysis sets out how changes to the Matching Adjustment and the Risk Margin mechanisms could free up £95bn for re-investment, as well as providing broader benefits for the economy, HM Treasury and customers. These changes to the Solvency II regime would still ensure the industry holds enough capital to withstand a 1-in-200-year shock and meet its obligations whilst managing its assets responsibly and safely.

Currently it is much easier to invest in a highly-rated mining company than it is to invest for 30 years in a wind farm, and the changes proposed by the ABI would mean £60bn of the £300bn funds held in Matching Adjustment portfolios could be re-invested if rules allow pension funds that insurers manage to invest in a broader and greener range of assets.

The Matching Adjustment exists to ensure that long-term investments designed to pay long-term liabilities such as annuities are not valued on a short-term basis. The current framework, designed in the aftermath of the financial crisis, forces insurers and long-term savings providers to invest heavily in highly-rated corporate debt and in sovereign bonds. This skews investment towards non-green investments and makes it harder to invest in renewable energy, infrastructure and companies that will be vital to a successful transition to net-zero.

In addition, the £35bn of capital currently backing the Risk Margin, solvency capital requirement (SCR) and firms’ capital buffers could be redeployed either to increase investment in the sector, support the annuity market, or be returned to shareholders for investment elsewhere in the economy. The Risk Margin is an additional layer of capital, introduced by the EU, that insurers are required to hold over and above what they need to meet their obligations to customers and their capital requirement buffer. It is calculated by a formula that is overly-sensitive to very low interest rates, forcing insurers to hold billions of excess capital for no purpose and contributing to low levels of supply and competition in the annuity market.

Huw Evans, ABI director general, said: “Our sector can invest an amount equivalent to the budgets of eleven UK government departments in renewable energy, economic recovery and infrastructure investment if these reforms are made – with policyholders still having one of the best protected systems in the world. The independent analysis by KPMG experts sets out the £95billion of opportunities available and we must use our freedom from EU rule-making to seize them.” 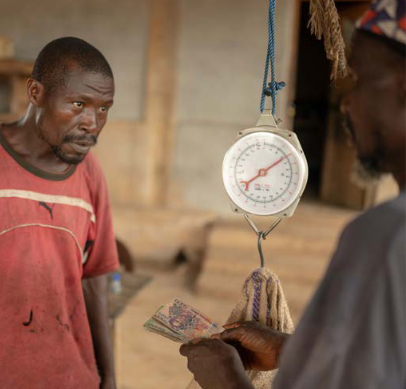