BP, under its new CEO Bernard Looney has announce that it will become net-zero by 2050 or ‘sooner’.

The company will do this by being net-zero across all its operations on an absolute basis by 2050 or sooner, cut methane in operations by half by 2050 and will achieve a 50 per cent cut in the carbon intensity of products BP sells by 2050.

Its investment arm will follow the concept with an increase in the proportion of investment into non-oil and gas businesses over time.

Bernard Looney said: “The world’s carbon budget is finite and running out fast; we need a rapid transition to net zero. We all want energy that is reliable and affordable, but that is no longer enough. It must also be cleaner. To deliver that, trillions of dollars will need to be invested in replumbing and rewiring the world’s energy system. It will require nothing short of reimagining energy as we know it.”

BP’s new ambition to be a net zero company by 2050 or sooner covers the greenhouse gas emissions from its operations worldwide, currently around 55 million tonnes of CO2 equivalent (MteCO2e) a year, and the carbon in the oil and gas that it produces, equivalent currently to around 360 MteCO2e emissions a year – both on an absolute basis. Taken together, delivery of these aims would equate to a reduction in emissions to net zero from what is currently around 415 MteCO2e a year.

In achieving its external aims BP might face its biggest challenge - and criticism. BP aims to ‘help’ its customers reduce their emissions by halving the carbon intensity of the products it sells, offering customers more and better choices of low- and no-carbon products. However, thee appears to be no accountability for the emissions that its products create once leaving the forecourt (or other). In this it shows a less holistic approach than rival Shell, that has considered the issue.

None-the-less it is a sea change, and Looney fully acknowledges this, saying “We need to reinvent BP. Our historic structure has served us well but, in order to keep up with rapidly-evolving customer demands and society’s expectations, we need to become more integrated and more focused. So we are undertaking a major reorganisation, introducing a new structure, a new leadership team and new ways of working for all of us.” 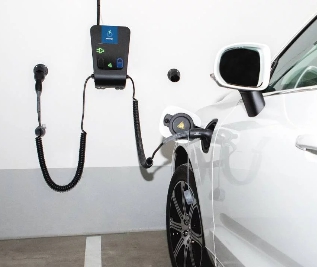 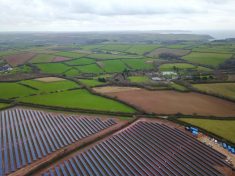