Greenhouse gases (GHG) in the atmosphere have reached a new record high, according to the World Meteorological Organization (WMO).

The increase in CO2 from 2017 to 2018 was very close to that observed from 2016 to 2017 and just above the average over the last decade. Global levels of CO2 crossed the symbolic and significant 400 parts per million benchmark in 2015.

Concentrations of methane and nitrous oxide also surged by higher amounts than during the past decade, according to observations from the Global Atmosphere Watch network which includes stations in the remote Arctic, mountain areas and tropical islands.

According to WMO, since 1990, there has been a 43 per cent increase in total radiative forcing – the warming effect on the climate - by long-lived greenhouse gases. CO2 accounts for about 80 per cent of this, according to figures from the US National Oceanic and Atmospheric Administration quoted in the WMO Bulletin.

“There is no sign of a slowdown, let alone a decline, in greenhouse gases concentration in the atmosphere despite all the commitments under the Paris Agreement on Climate Change,” said WMO secretary-general Petteri Taalas. “We need to translate the commitments into action and increase the level of ambition for the sake of the future welfare of the mankind,” he said.

Global emissions are not estimated to peak by 2030, let alone by 2020, if current climate policies and ambition levels of the Nationally Determined Contributions (NDCs) are maintained. Preliminary findings from the Emissions Gap Report 2019 indicate that greenhouse gas emissions continued to rise in 2018, according to an advanced chapter of the Emissions Gap Report released as part of a United in Science synthesis for the UN Secretary-General’s Climate Action Summit in September. 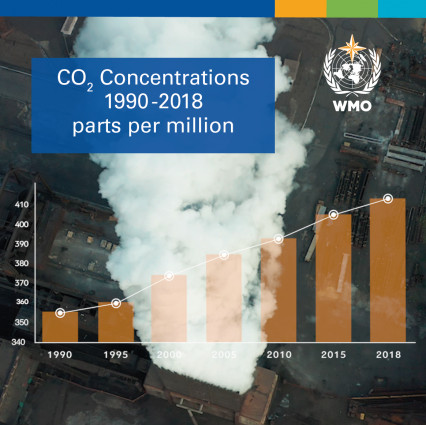 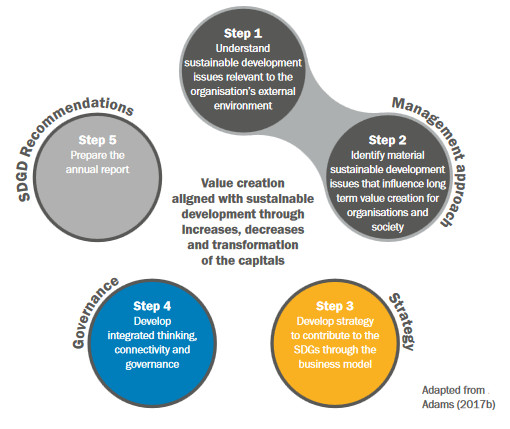