The latest Renewable Energy Country Attractiveness Index (RECAI) from EY Global Power & Utilities has been released, ranking the world’s top 40 markets on the attractiveness of their renewable energy investment and deployment opportunities. The rankings have been made available biannually since 2003.

In this edition, there is little movement at the top, with the US staying ahead, China being second and the UK and Germany changing places as third and fourth. France remains in fifth place.

The US
The Inflation Reduction Act, passed in August 2022, is being viewed as a game changer for the US green hydrogen industry. Tax credits will make green hydrogen produced in the US the cheapest form of hydrogen in the world and would also make green steel cost competitive with steel made from fossil fuels, which would stimulate demand for green steel, and could spark demand for green cement and green glass made with green hydrogen.
The landmark Act, which includes $369bn in spending and green energy-related tax credits, will also be a major boon for the market’s solar sector. With a target to reach 50GW of domestic manufacturing capacity by 2030, the Act’s tax credits, grants, low-cost loans and other support will play a key role in developing a full domestic solar supply chain.

China
The China Renewable Energy Engineering Institute, a leading think tank, has projected that the market will install a record 156GW of wind and solar power this year, up 25 per cent from 2021, which was also a record year.
Last year, wind, solar, nuclear and hydropower supplied 16.6 per cent of China’s energy needs, an increase from 15.9 per cent in 2020. As part of China’s five-year plan for the renewable energy industry, it is aiming to generate one-third of its electricity from green sources by 2025. The market has also vowed to increase total wind and solar capacity to 1,200GW, nearly double the current rate, and is aiming to start cutting coal use from 2026.

Germany
Seeking to wean itself off Russian gas, the German government has approved the ‘Easter Package’, representing the greatest change to the market’s energy policy since the introduction of competitive auctions in 2017.
It has set targets to raise the share of renewables in the power mix to 80 per cent by 2030 and to nearly 100 per cent by 2035. Beginning in 2025, Germany will aim to add 10GW of new onshore wind capacity each year, and annual auction volumes for onshore wind will be raised to 12GW annually, which would put Germany on a path to 115GW of onshore wind capacity by 2030.

The UK
The UK only lost its top ranking for installed offshore wind capacity this year to China, but on the other hand does boast the largest pipeline.
Offshore wind featured prominently in the government’s Made in Britain energy strategy, which set an ambitious target of 50GW by 2030, a significant increase from its current capacity of 12GW. New planning reforms are expected to slash approval times from four years to one. Floating wind will also be accelerated, with a target of 5GW.
Meanwhile, the UK’s fourth allocation round of its Contracts for Difference scheme saw many successful offshore wind projects, including Ørsted’s 2.85GW Hornsea Three project, Red Rock and ESB’s Inch Cape 1.8GW phase 1, and Scottish Power’s East Anglia THREE 1.37GW phase 1.
Investment flows have also been strong, with the UK Infrastructure Bank announcing a £22bn investment plan in June. Renewable energy will be its largest investment sector, with funding earmarked for low-carbon hydrogen, energy storage and grid networks. In July, the UK government also unveiled two hydrogen investment strategies — the Hydrogen Business Model and the Net Zero Hydrogen Fund. 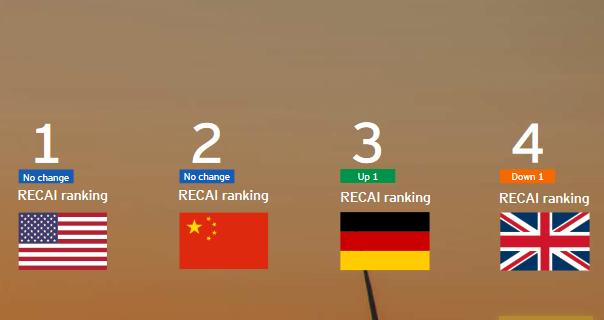