The World Economic Forum and US Special Presidential Envoy for Climate John Kerry have announced the expansion of a coalition of global companies to commit $12bn in 2030 for green technologies to decarbonise the cement and concrete industry.

Announcing the move at COP27, the Coalition, made up of 65 companies with a collective market value of approximately $8tr also revealed that newly signed up companies have committed to purchasing at least 10 per cent near-zero cement and concrete per year by 2030.

“Cement is the second most consumed product globally after potable water, and the demand signal that top companies have set today for near-zero concrete will drive critical investment in next-generation technologies,” said Kerry. “I am also delighted with the increased commitments we have announced across our existing long-distance transport, heavy industry and carbon removal sectors. This unprecedented $12bn demand signal will bring competitive technologies to market this decade that are needed to decarbonise so-called ‘hard-to-abate’ sectors of the global economy.”

The First Movers Coalition was launched by President Biden and the World Economic Forum at COP26 to decarbonise heavy industry and the long-distance transport sectors responsible for more than one-third of global emissions. Since its launch, companies that make up the Coalition have made advance purchase commitments by 2030 for near-zero carbon steel, aluminium, shipping, trucking, aviation, carbon dioxide removal solutions and now cement and concrete. 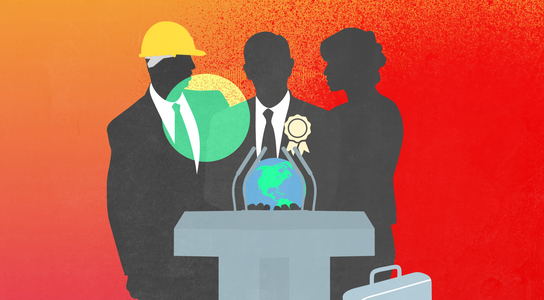